Boehringer Ingelheim will be commencing a new collaboration with Thoeris GmbH with the goal of advancing a first-in-class approach for the treatment of urea cycle disorders (UCDs) independent of the underlying monogenetic cause
UCDs are genetic disorders with highly variable onset and severity, causing excess ammonia levels in the blood, which can lead to irreversible brain damage, coma and death
This collaboration is part of Boehringer Ingelheim’s commitment to leveraging emerging science to deliver transformative treatment options for patients with high medical need.

INGELHEIM, Germany &--(뉴스와이어) 2021년 10월 27일 -- Boehringer Ingelheim and Thoeris GmbH announce a collaboration and license agreement with the aim to investigate novel first-in-class therapies for patients with urea cycle disorders (UCDs). UCDs are rare diseases caused by genetic liver dysfunctions leading to excess ammonia levels in the blood for which only insufficient treatments exist to date. Thoeris has developed a novel approach that could transform the treatment of patients with these conditions. Boehringer Ingelheim will contribute its expertise in drug discovery and development to advance potential medications into the clinic.

“The new UCD therapy approach developed by Thoeris could enable disease symptom control by boosting a pathway to detoxify the excess ammonia levels in the body. We are very excited to team up with the scientists at Boehringer Ingelheim to develop our approach into a practical treatment for acute intervention and chronic therapy,” stated Tamara Nicolson, Ph.D., CEO of Thoeris.

“Strengthening emerging medical science to offer new therapies that change medical practice and improve quality of life of patients is a key element of Boehringer Ingelheim’s strategy,” said Detlev Mennerich, Ph.D., Global Head of Research Beyond Borders at Boehringer Ingelheim. “We very much look forward to working with Thoeris, aiming to deliver a novel therapeutic option to patients suffering from UCDs, independent of the underlying inherited mutation.”

This collaboration stems from the therapeutic commitment of Boehringer Ingelheim’s Research Beyond Borders (RBB) group, which acts as an ‘innovation radar’ for Boehringer Ingelheim’s R&D to explore unchartered scientific territories. RBB collaborates with leading academic and biotech partners to unleash newly-discovered disease biology, bringing Boehringer Ingelheim’s excellence in drug discovery, drug development and manufacturing on board in order to translate these pioneering discoveries into innovative therapies with breakthrough potential that could change medical practice.

In people with UCDs, one of several proteins involved in the degradation of ammonia is missing or defective. This leads to hyperammonemia, a build-up of toxic concentrations of ammonia in the body, which is associated with acute pathological effects such as cerebral edema, lethargy, neurologic dysfunction and potentially death. In the long term, patients suffering from UCDs face developmental delay, cognitive disabilities, and seizures. Due to insufficient treatment options, chronic UCDs are associated with recurrent crises in which ammonia levels escalate out of control, worsening the condition. The only available curative option to date is liver transplantation.

Please click on the following link for ‘Notes to Editors’: 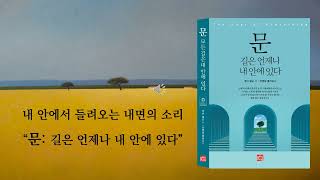 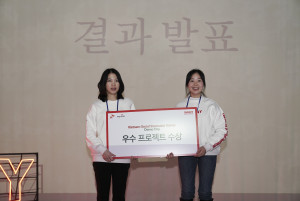